Just a minor nervousness - but not so much from the home scene, as if for his first serious start - Ondřej Synek shook off very quickly. In his preliminary heat he safely won in the start-finish style, advanced to the semi-finals on Saturday and left no doubt that he wanted to attack the European medals in Račice. 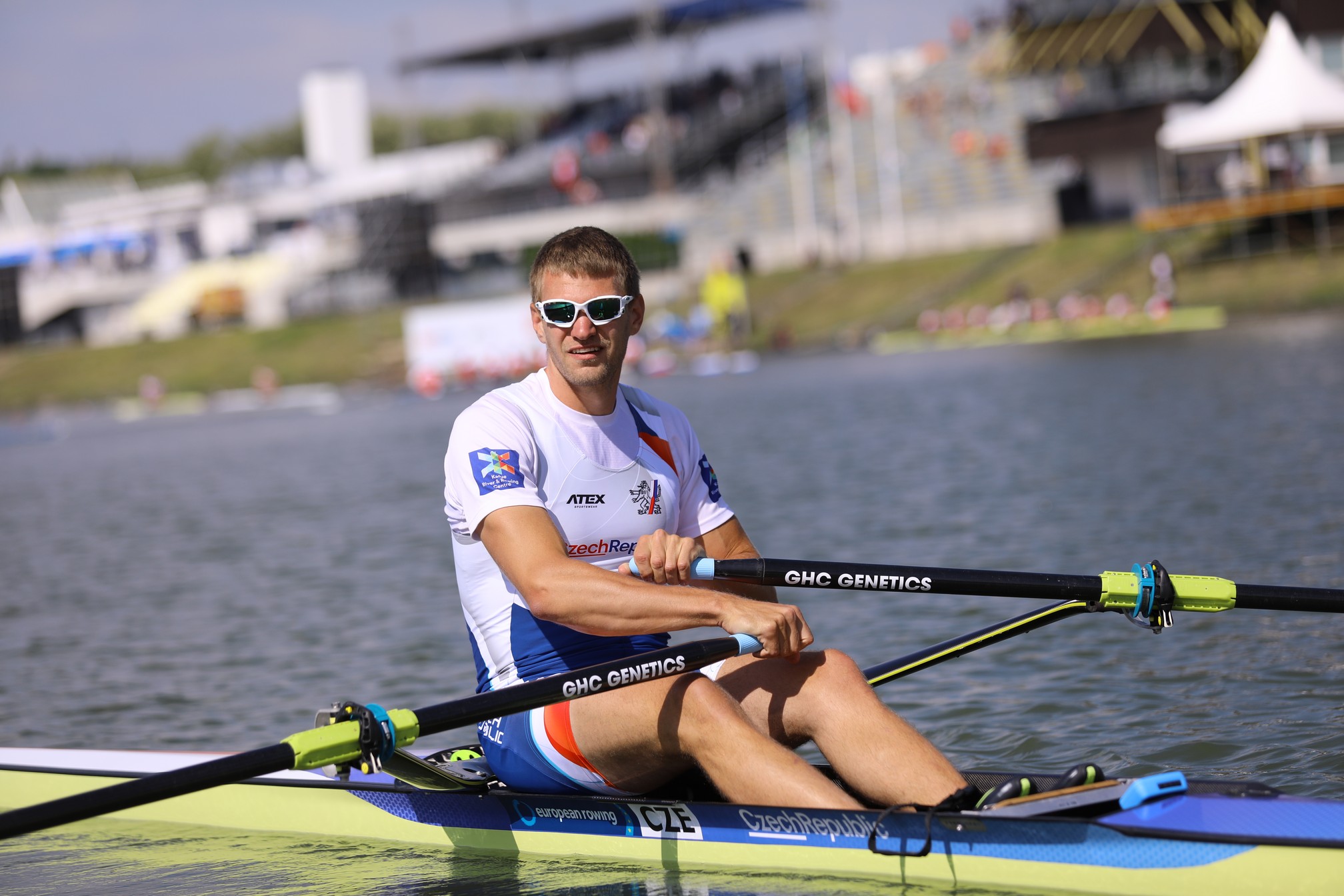 "From the beginning, I was actually leading and everything was fine. My row was good, I was in control." That’s how 34-year-old Ondřej Synek described his first start on the channel in Račice. He already has four European Championship titles in his collection - three of them in a scull.

In this race his greatest rival was German Tim Ole Naske, who challenged the Czech sculler only during the first five hundred meters. "The German rower is new, so I did not know what to expect from him. He started quickly the first five hundred, but then I was in front of him and I just controled my lead. It was useless to drive to the finish, I saved some energy. I will need it tomorrow. But I tested myself and managed to calm down. I was a bit nervous before the start, but not so much that I was racing at home, but because it was a serious start for me after a long time," described his debut in the ME, he the owner of the three Olympic medals.

And he very much praised the domestic environment in Račice. "It breathes on me from every side. I hear Czech spoken even by referees, volunteers. Even the stakeboat person talked to me in Czech and wished me luck. That is what usually happens to me at the Championship of the Czech Republic, but not at the European Championship. On a top of it, everything is functioning great, there was a lot of work done here, that's all big thanks to everybody," said Synek.

Among the biggest rivals of the Czech sculler in the fight for the European gold should be Croatian Damir Martin. Even though he failed in the first leg of the World Cup in Belgrade three weeks ago. "I do not know how he is doing. I'll see when we get on water. Yesterday we met, I asked him if he was rowing so slow at the World, or the Swiss sculler who beat him was so fast. Well, he said he was slow. Probably bluffing," smiled Ondřej Synek, who through his victory secured a direct progress into the semi-finals, so he did not have to row in repechages as his opponents did today.