The Doctor and Driver-Nurse Are Already Watching Over the Rowers

"I am a driver-nurse". That’s how is presenting his role a guy in a reflective jacket in a rescue car parked under the finish tower of the Labe Arena, while calmly viewing the gentle ripple on the surface of the water. Above his head the flags of all participants in the 2017 European Championship are fluffing in the slight breeze. Medical emergency service of the rowing championship is ready. We can begin! 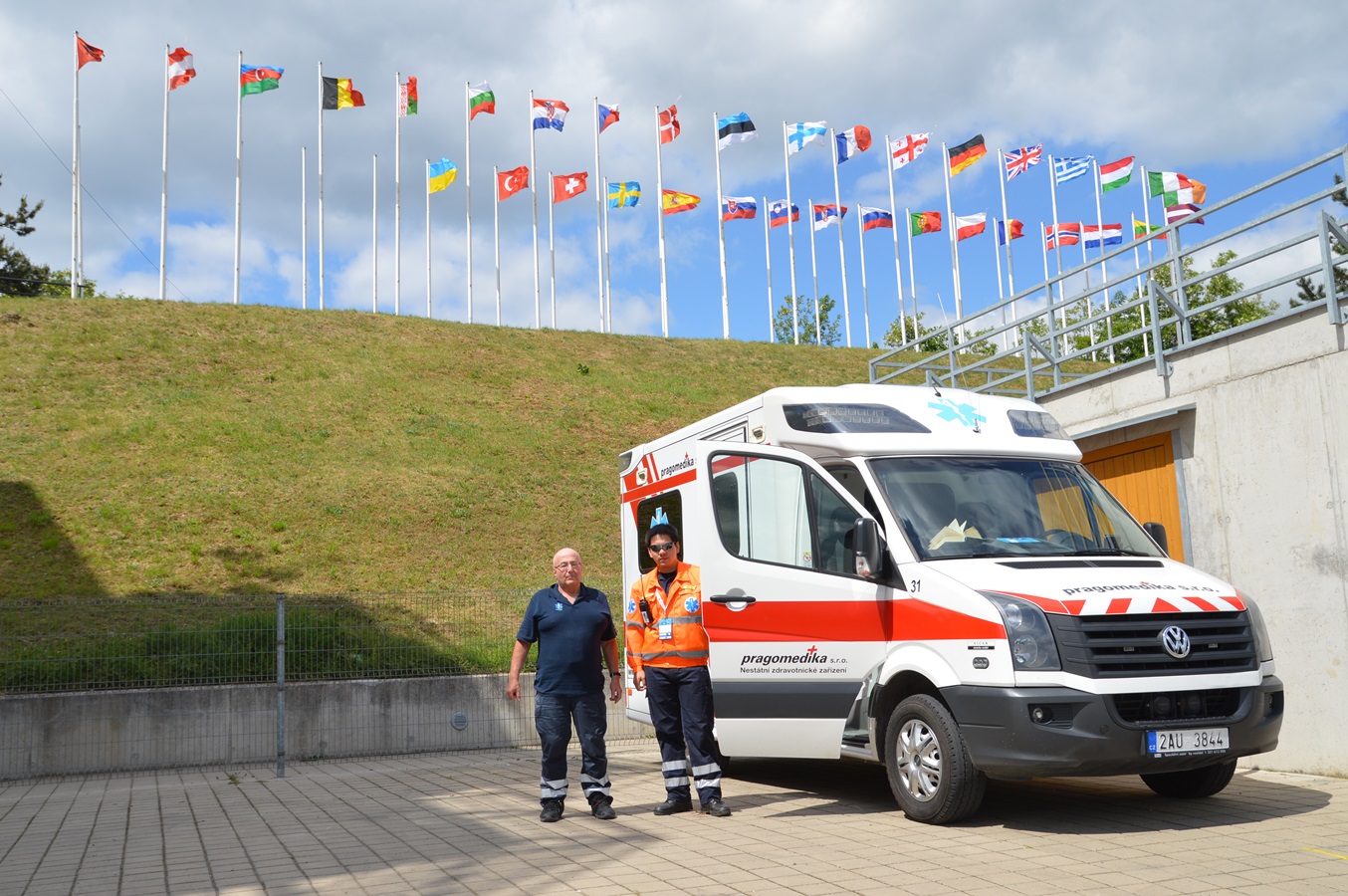 The last two days of finishing preparations are already covered with all medical facilities. In addition to the rescue vehicle, ready to go immediately, the medical office is open in the new tribune. "One Irishwoman came in with a sore throat. Normally, she should lie down, but she just took the lozenges and left," says Dr. George Bachr, a traumatologist at the Jihlava Hospital who begun a five-day service here.

He lives in the Regata Hotel next to athletes and will be in his office all day from nine to seven. "Angina, diarrhea, just your country doctor," he smiles. Still, he has a defibrillator in addition to a pillbox. 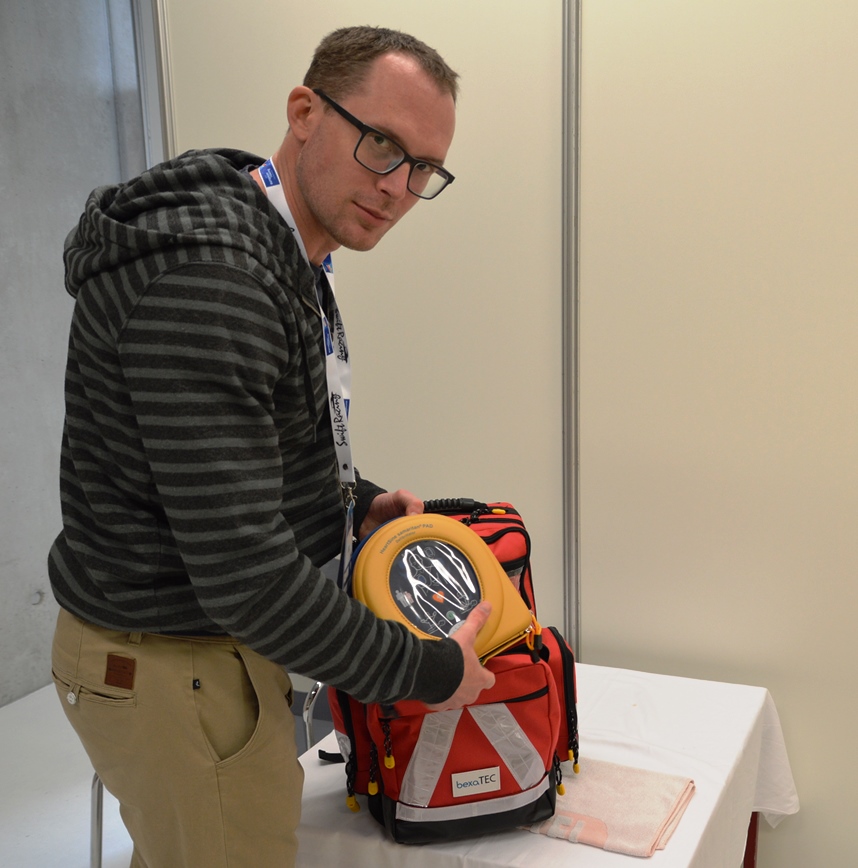 "There's a rescue kit here for quick action. When I'm idle, everyone will be happy," he adds. Dr. Homolka, the Head of the Czech Rowing Federation's Health Commission, will join him during the races.

The rescue car crew remains on guard. "Everything that could happen, we should be able to treat. Only really special cases such as major burns we would transfer to Prague. We are in contact with the regional dispatching center in Ústí nad Labem, and in case of an emergency we have facilities ready in Roudnice and a heliport in Račice," describes the situation Dr. Josef Koval.

Beginning on Friday, a second vehicle will be added, which will serve the viewing stand and the spectators. Rescuers have experience from similar sporting events, as they regularly serve at the football matches of the Slavia team, last year they kept guard over the canoeists’ world cup competition. "We treated with injections but only for allergies," recalls Lumír Hoang, driver/nurse.

Then he shows us the interior of his car equipped with the top-of-the-line equipment. "We are also doing repatriation out of the country," he adds, confirming the wide range of their service, but he certainly does call for that kind of operation. "I look at the races sometimes, but I'm always ready with the right level of adrenaline," he winks. 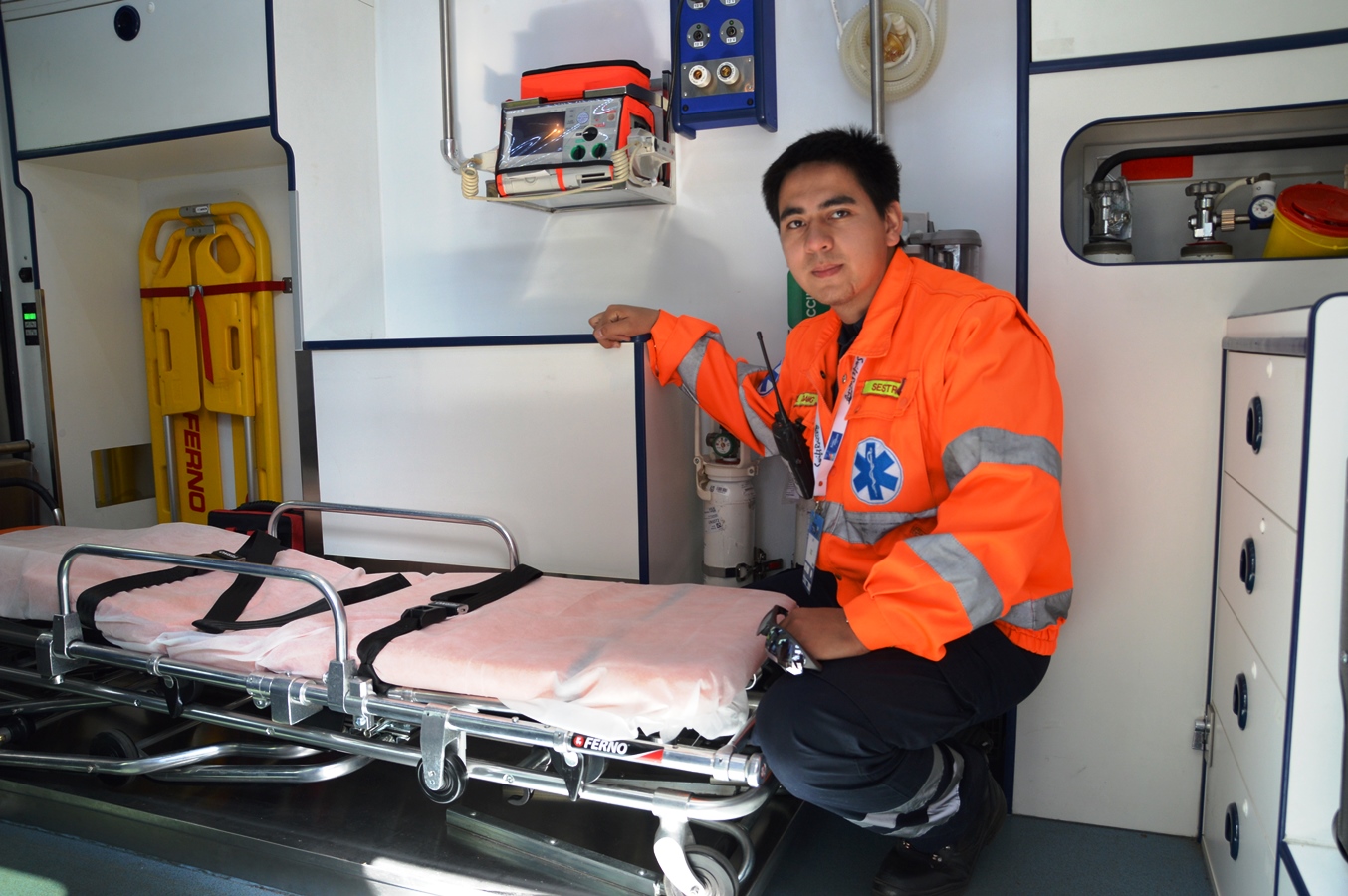