The World Rowing Championships will be accompanied by a special event focusing on contemporary art. From 18 to 25 September,
a temporary gallery will be set up right in the Račice area, where the exhibition ROW ROW ROW RAČICE with international representation will take place, focusing on rowing-inspired art. The exhibition is created thanks to the cooperation of the National Olympic Water Sports Centre, the Czech Rowing Association and the platform Sport in Art. 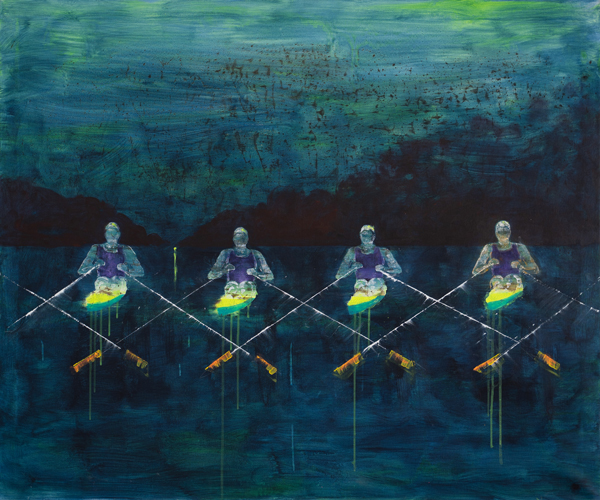 Visitors to the exhibition can admire the works of more than twenty artists who will present themselves primarily in the medium of painting, such as Michael Rittstein, Karel Štědrý, Alena Anderlová, Roman Franta, Julius Reichel, Fritha Strand, Susan Wood, David Mazance and others, as well as generous sculptures by Jakub Flejšar, Paulina Skavová or Milan Cais, and video art by Zuzana Bahulová. In addition to Czech artists, the exhibition will also present works by foreign artists.
Fans of sport and art can expand their art collections thanks to the exhibition, as it will be favourable to sales. The exhibition will be open daily from 18 to 25 September free of charge to all visitors to the World Championships. They can also enjoy a meeting with the artists and
a guided tour. “We have decided to enrich the World Championships this time with an accompanying programme and to bring art culture, whose value is so important for people, especially in these uncertain times, into the sporting environment”, explains Dušan Macháček, chairman of the organising committee. 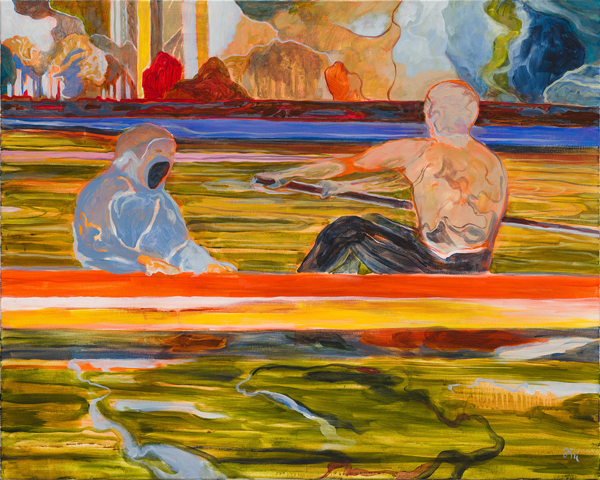 he exhibition will take place in a very special space. Several design container modules will be brought to the venue specifically for this purpose, which, thanks to Koma City, will be turned into an architecturally sophisticated POP-UP Sport in Art gallery with a direct view of the sporting events on the Ráčice canal. The curator Petr Volf did not choose the architect of the exhibition at random, he approached the designer of the Olgoj Chorchoj studio Mariana Hanková, who is also a rower. Petr Volf is an art critic, art theorist and author of the first Czech publication Sport is Art, which systematically maps the connection between art and sport. He speaks admiringly of rowing: “It is generally a beautiful, classical sport that takes place in the comforting environment of rivers or artificial canals, in communion with the water element. It is charged with positive energy, with a rhythm based on the interplay of a team, as in the case of the eight, or on the determination of an individual”, and so it is no wonder that it has enthused so many artists who have been able to respond to this theme with their artistic language. Alena Anderlová, who will cover the walls of the exhibition with her paintings, responds to this royal sporting discipline in the following way: ‘The combination of the water surface with a figurative motif is close to my heart. Water is one of the elements that often appears in my paintings. For ROW ROW ROW I have created several medium-sized and a number of smaller paintings that form closed cycles. The mirroring of the water surface and the reflection of the sun play an important role in the paintings. The crew of the octopus reminds me of one common organism by the synchronization of movement. I thought of creating a “water flower” of eight “petals” (boats) floating on the water. Several variations emerged that can be animated together so that the images actually move, like the rowers themselves.” 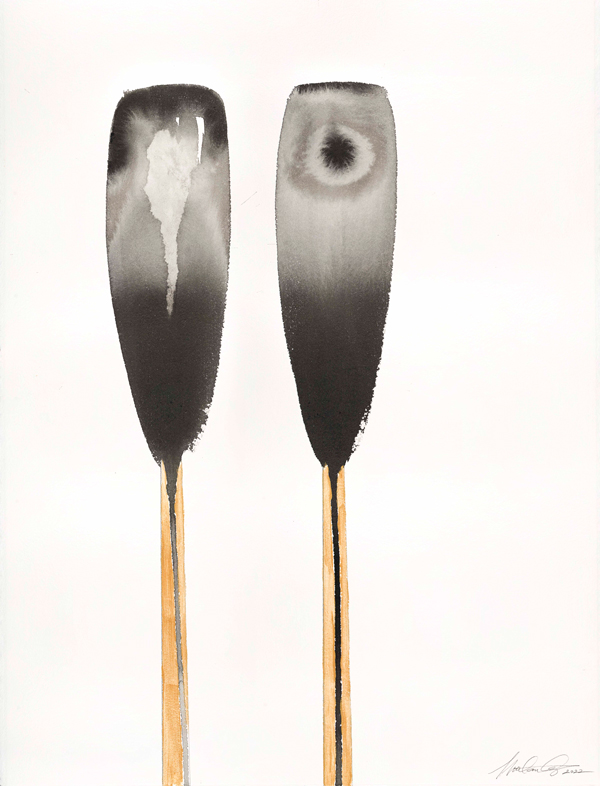 The event was initiated by the Sport in Art platform, which focuses on the connection between sport and art, collects the most interesting work with an emphasis on the Czech and international art scene and then presents it to the public. “Thanks to the exhibition ROW ROW ROW, we have confirmed the inspiring nature of rowing for artists. The artistic outputs are a great example of the connection between the world of art and the world of sport, which is the primary aim of Sport in Art”, adds Jan Dvořák, co-founder and executive director of the project.