A Rower Must Believe in Himself. He can achieve big things then...

The Czech junior women’s eight won gold medals at the two previous World Championships. The coach of the crew – Iva Uhlová - played an essential part in its success. It was the main reason why the head coach of the junior national team, Vít Kučera, brought her into the junior team again to coach the eight even though she is now coaching the Under 23 women’s team in the newly established Women’s Rowing Centre. The junior women’s eight kept up their golden tradition in spring when they won the European title. The European Championships were also very successful for other Czech crews too. We caught up with both coaches at the final training camp of the season for the national junior team. 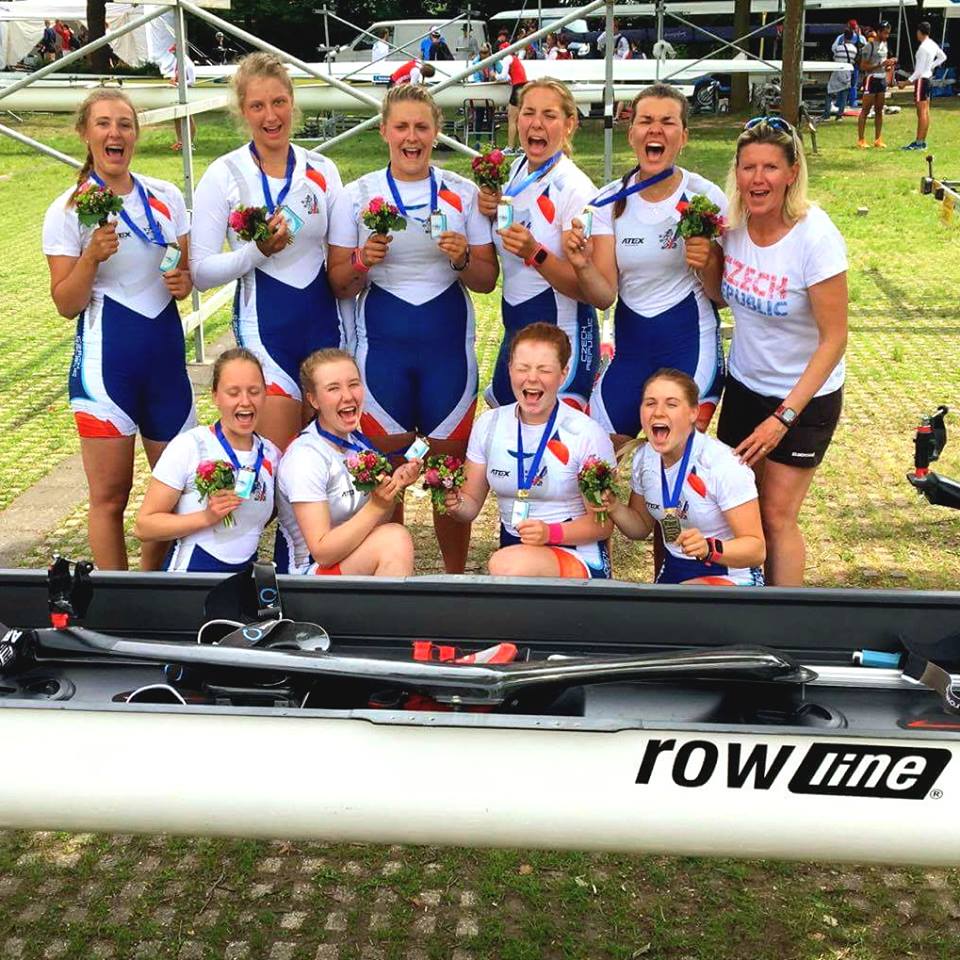 How has the situation of the national junior team changed in during these four years?

Vít Kučera: We have seen an enormous amount of progress in the junior women from Iva´s work in the last four years. I asked her to help us with the team again this year because she is a fantastic coach. She is always ready to devote all her free time to work with the junior team and I am very grateful to her.

Iva Uhlová: My role in the team wasn’t easy at the beginning because almost nobody knew me at first, as I was coming back to the world of rowing after 20 years (Iva was part of the quadruple sculls which won bronze at the World Championships 1990). It was a challenge to get the girls ready for international competition. We finished fourth at the European Championships 2015 in the eight. This meant that we could not be nominated for the World Championships as only medallists from the Europeans were selected. I started working with the junior women’s eight a year later with the goal of selecting the eight from twelve girls. It proved that competition inside the team is very useful. The girls may not like it but I know that when girls realise that their seat in a boat is safe, their concentration is not 100 percent (smile)! 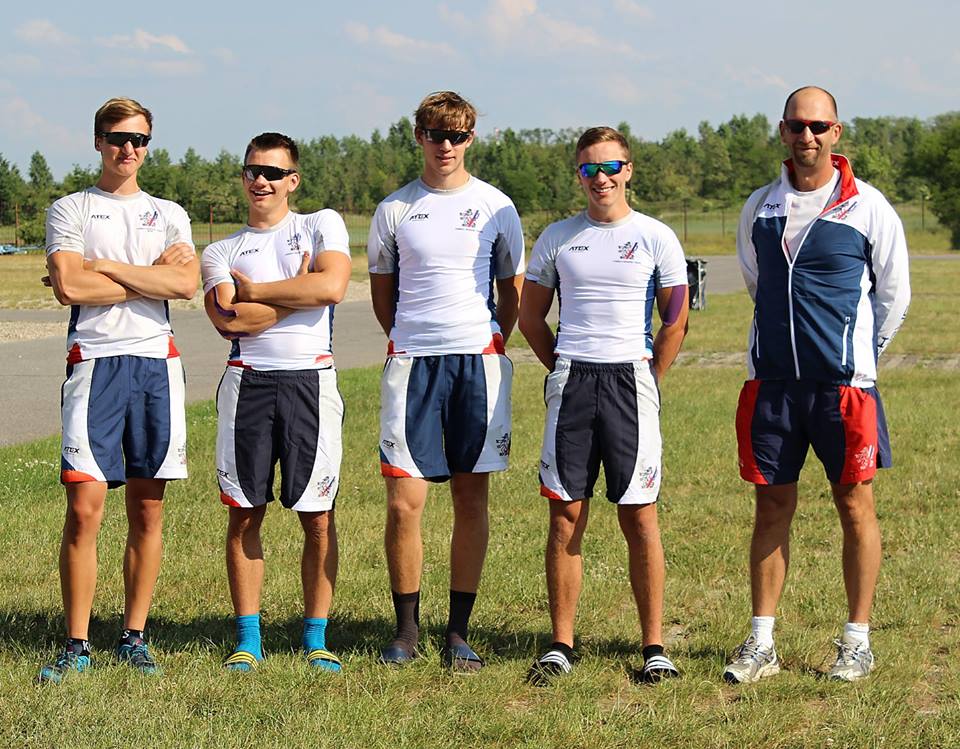 How do the girls cope with knowing their seat in the boat is not secure?

Iva Uhlová: Some kind of pressure is useful because we can find out how the rowers behave in stressful situations. Even if we have competitive training sessions for the eight with the quadruple sculls, we can´t create exactly the same conditions as the crews will face in a race. You are better prepared mentally in a competition if you have experience of competitive situations in training. There wasn´t much pressure in 2016. One of the problems at that time was that we didn´t have the resources for training camps and we were grateful for the support of the Prague rowing clubs. Our training conditions and resources have improved
a great deal since then.

Vít Kučera: We had hardly any funding for final training camps before the World Championships in the past. The clubs helped us a lot. The team’s financial situation has been improving steadily since then – thanks to the Czech Rowing Association. We can now afford team training camps and the team is performing better as a result. We have gradually put together a strong coaching team and a great physiotherapist, Radka Šindýlková, who provides great support. We all work well together and create a positive team spirit.

Does centralized training mean the same training plans for every crew?

Vít Kučera: Every crew has its own coach. The training plan isn´t the same for every crew, although we set a basic framework for training in discussion with all the coaches. We have moved away from the previous system where every coach had his own training schedule. We started the unified training programme immediately after this year´s national championships. We all begin with land training and then coaches start to individualise the crew’s training programme within the framework.

How important is the role of single sculling in this year´s success of the junior women’s team?

Vít Kučera: Sculling is very useful for the girls. We have been building the national junior women’s team from performance in sculling races for the last three years and it works. We achieved good results in sweep rowing only after we put emphasis on sculling. This strategy has resulted in more resilient athletes. But there are also other more reasons for the success. One is that the first group of juniors to come through the programme “Come and Row” is starting to bear fruit. There are more rowers in the clubs now. We can choose best athletes from a wider selection.

The gold medal eights were the last crews to be selected and they were more successful than the girls in other disciplines, who had achieved best results in test races. Do you know why?

Iva Uhlová: All competitors are perfectly prepared for the World Champs and every detail plays an important role. Even if our quadruple sculls didn’t make the A Finals, it won the B Finals.

Vít Kučera: On previous performance the Czech quadruple sculls was good enough to place in the middle of the A Finals. However, sport is unpredictable and the girls had a bad semi-finals - but all of the athletes were quality rowers. They proved they were in very good physical condition. This is fundamental and the base line from which we work to improve rowing technique. Iva is very good at this. Both gold medal winning eights showed good rowing technique and they attacked at the right moments in the races. I concede we didn´t think about gold medals before the finals in 2016. We were pleasantly surprised.

Iva Uhlová: The eight always had to fight for their “place in the sun”. The eight wasn´t a priority after 2015. The girls have fought for their seats in the team. They were very motivated and positive motivation works! You can achieve big things then. 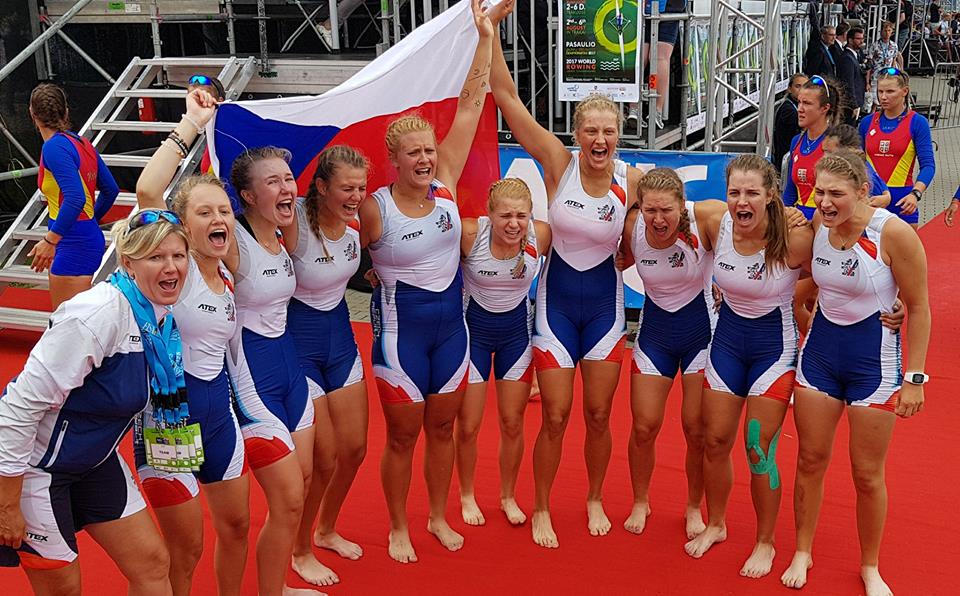 Josefína Lázničková was a member of both eights. Is she exceptional or was it a kind of coincidence? Is she is going to win her third gold medal in a row in Račice, even if it is in the quadruple sculls?

Vít Kučera: She has already won her third gold medal at the European Championships but I am cautious about predicting results. I don´t want to put too much pressure on competitors.

Iva Uhlová: Pepi is brilliant – hard working, modest and positive. She always brings an optimistic mood to the team, even during hard training sessions. She can boost the team spirit – sometimes by singing or dancing or just by being there. Her coach in the club, Honza, has taught her that rowing is hard work. There were some concerns about the junior men’s team in the spring, especially about Gabriel Mahler and his ability to show his full potential in sculling races.

Vít Kučera: Gabriel won the bronze medal at European Championships. It´s always a question whether to give priority to single scull or put a talented individual into a bigger boat. The life of a single sculler is hard but Gabriel convinced us that he is able to achieve results in this discipline.

How are you looking forward to Worlds in Račice after a very successful European Championship, where the Czech team won three titles and a bronze medal in the single scull?

Vít Kučera: The results showed that things are going well but we have started a new training period with humbleness and respect for all the other teams because we know that there will be much stronger competition at the World Championships.